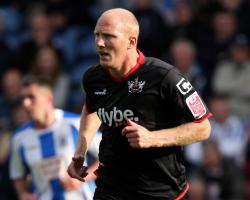 Tranmere 0-0 Newport County: Match Report - view commentary, squad, and statistics of the game as it happened.Joe has his Day at Prenton ParkA fine display from Newport's on-loan keeper Joe Day ensured they escaped with a 0-0 draw from Tranmere to extend their unbeaten run to five games.Rovers spent large parts of the match in control but could not find a way past Day - who is on loan from Peterborough - as the encounter ended goalless.Abdulai Bell-Baggie could have scored twice for the hosts in the opening four minutes

He found the side-netting with his first chance before Day then foiled him with his feet.Opposite number Owain Fon Williams had to be alert to tip Chris Zebroski's deflected 27th-minute shot over but Rovers were largely on top.Eliot Richards slid the ball wide a minute later before then being denied just before half-time by a fantastic full-length stop from Day.Marc Laird drove the ball down the throat of Day as he struck from range 10 minutes into the second period after Cole Stockton had sent a shot wide.Bell-Baggie's speculative effort came down on the roof of the Exiles' net and, despite their attacking dominance, Rovers ultimately failed to break down County's resilient second-half display